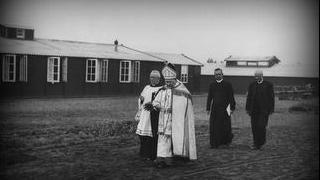 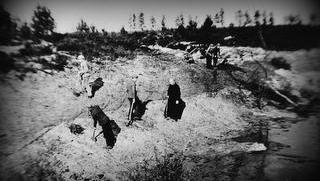 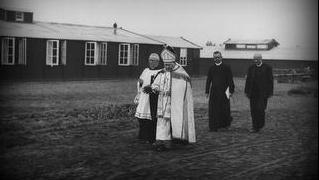 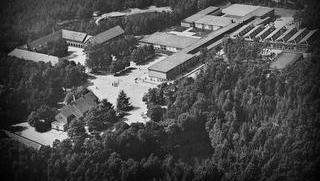 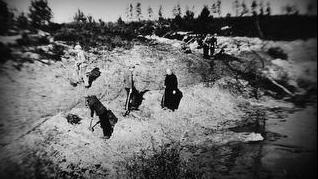 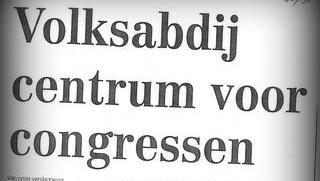 "On the twenty-first day of February nineteen thirty-five, appeared before me, Theodorus Maria van Aalst, civil-law notary, the place Ossendrecht, in the presence of the witnesses to be named after the Lord Florimon Phoralidus van Putte, Roman Catholic Priest and Chaplain, wounds in Ossendrecht. '

This is how the founding of the foundation, which bears the name "Onze Lieve Vrouw ter Duinen" begins.
The reason for all this was the economic crisis at the end of the twenties, which brought a lot of poverty and unemployment in the Southwest corner of Brabant. Chaplain Flor van Putte drew the fate of the ever-growing number of unemployed, and in 1928 began to set up activities for the unemployed youth from the parish work in Ossendrecht.

In addition to jigsaws, the boys learned pit-bit plaits and copper saws. Over the years, more and more crafts were added. When the Ministry of Social Affairs published a brochure "Care for Unemployed Youth" in 1932 and established youth work camps, this was the starting signal for Flor van Putte for his unique project "Onze Lieve Vrouw ter Duinen". The unemployed started with the construction of a youth house in Ossendrecht, which was completed on September 14, 1936, and that was consecrated by Mgr. Hopmans, the then Bishop of Breda.

The internally unemployed young people stayed in the camp for 6 to 8 weeks; only one child could be registered per family. This period did not count for the boys from the outer camp. Of the unemployed from the area with vocational training was mainly used in construction. The boys who did not have vocational training were deployed when digging the 3 ponds, clearing and afforesting the site, constructing parks and roads, an open-air theater and a sports field.

After the main building another new building followed, namely the workshops such as a carpentry shop, smithy, painter's studio, shoemaker's, drawing room and bakery. In 1937, a farm was purchased with more than 10 ha of land. There will be a herd, an orchard with over 500 fruit trees and a large vegetable garden that supplies almost all vegetables and potatoes for the camps. This year the library will also be realized. In 1938 the construction of a second wing is started. Camp leader Emiel Raaymakers created a ceramics school in 1939; the boys themselves build the ceramics oven. The abbey grows and grows ...

In 'Dux', a Roman Catholic magazine for 'mature youth', an article about the Volksabdij was published in 1939. It states among other things: The giving of the name "Volksabdij" to his labor camp for youthful unemployed, not only draws the original spirit of Rector van Putte, but suddenly puts his youth unemployed on a higher pedagogical level. More than at a labor camp, the door is open to everyone as a center of culture, of work and of religious life. The abbey idea comes to reality through lay people; the name "Volksabdij" means "Father's house for the people".

In 1940, "Jongensland" started: for boys who need fresh air and good food. It would only take a year.

In March 1941 Rector van Putte received a letter from the Department of Social Affairs regarding the transfer of the camps. In spite of his protests that this was a private church good, there was an end to the boys country and the youth unemployed camp O.L.V. ter Duinen.

During the Second World War the Volksabdij became an emergency hospital for sick and elderly people from Rotterdam. The novitiate of the Broeders van Huijbergen also found shelter from 1941 onwards. because Ste. Marie was requisitioned by the Germans. The Marechaussee of Huijbergen received part of the barracks and was given shelter to people in hiding and also to the German occupiers themselves!
To speak with the words of rector van Putte: "at that time the Volksabdij was a father's house for many!"

After the Secular Institute was closed in 1958, the Broeders van Huijbergen was again called upon. They led the boarding school until 1982. From the Volksabdij social work was started, as a result of which care for the elderly took shape in the houses "Bieduinenhof" (1958) and "Mariahove" (1966) in Ossendrecht.

After the closure of the boarding school in 1982, the Abbey functioned as a center of reflection and was led by a community consisting of a priest, a father Benedictine and brothers of Huijbergen. These leave the Volksabdij in 2002, to return to Ste. Marie in Huibergen.

After the Secular Institute was closed in 1958, the Broeders van Huijbergen was again called upon. They led the boarding school until 1982. From the Volksabdij social work was started, as a result of which care for the elderly took shape in the houses "Bieduinenhof" (1958) and "Mariahove" (1966) in Ossendrecht.
The boarding school opens a new school building with classrooms and practice rooms. This new building will continue as 'LTS' after closure of the boarding school.
After the closure of the boarding school in 1982, the Abbey functioned as a center of reflection and was led by a community consisting of a priest, a father Benedictine and brothers of Huijbergen. These leave the Volksabdij in 2002, to return to Ste. Marie in Huibergen.

Since 2002, the Volksabdij has been constantly modernizing, professionalizing and expanding its services, service and hospitality. After the brothers left in 2002, the Volkabdij was led by director Jan van Til and his team. Between 2002 and now the rooms have been renovated, the restaurant has been extended (and 'De Blauwe Pauw: arise) and more and more activities are being set up. In 2010, SJSJ / Almata (formerly Den Engh) was expanded with 4 residential units for 80 young people, and in 2011 the Mollercollege moved to a new school building on the old sports fields. In 2013, a start was made with redesigning the parking spaces and a butterfly garden was constructed where the first butterflies landed in the spring of 2014.
Earlier in 2013, the Volksabdij participated in the subsidy application 'Landscape of Allure' of the province of Noord Brabant. Unfortunately, this subsidy was not granted. Meanwhile, this has been put into operation for the redesign of the Volksabdij site. On February 16, 2016 King Willem Alexander and Queen Maxima visited the Volksabdij. They started the regional visit to the Brabantse Wal in the chapel of the Volksabdij.